One Chord to Another 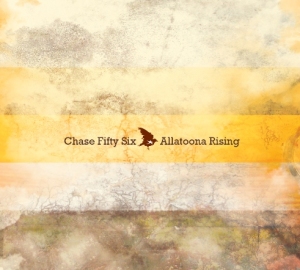 Chase Fifty Six from Georgia is one of the best groups that I’ve found through Reviewshine. I was about halfway though the first song Mary Jane when I knew that I was going to like them. It just sounded like my kind of music and that certainly proved to be the case. A bit of rockin’ alt. country like Drive-By Truckers and another bit of moodier folk rock and americana like NQ Arbuckle for example and a whole lot of damn good songs.  The finest half of Allatoona Rising is just stunning and songs such as Mary Jane, Goodbye Princess, Let It Go aren’t overshadowed by any of the higher profile and higher budget americana releases of the year. After a couple more listenings I probably feel bad that I didn’t throw in one half of a heart more, because I’m already thinking about it..

You are currently reading Review: Chase Fifty Six – Allatoona Rising at One Chord to Another.